Back when I was blogging regularly, I used to two Three Things Thursday. It was my easy way of posting three random thoughts, short and sweet. I am going to give it a whirl again:

Posted by teacherwoman at 8:24 PM 4 comments:

Well, where does one start?!

I don't know for sure if I am ready or even sure if I want to get back into blogging again, but I am definitely thinking about it. So much has happened in the last year - new job, getting settled into married life - and enjoying it, and many many other things along the way.

I am afraid if I get back into blogging I am going to feel obligated to post on a regular basis and let it stress me out if I don't. In addition, I need to find my purpose for blogging.... fitness?! life?! work?! a little bit of everything?!

I am thinking about this, aloud....
Posted by teacherwoman at 7:13 PM 8 comments:

I haven't been on here in over 3 months and I don't even know where to start. I can honestly say the last 6 months have been a whirlwind of an experience for me with a wide variety of emotions, changes, and so forth. I don't even know if I want to blog anymore, as I don't want this to be something that I feel I have to keep up.

For those of you I am not friends with on FB, yes, I just recently married and am enjoying married life very much so. Love it. Work is crazy, but it's a job and I am greatful. I am not doing what I love, but I am working in the teaching profession. Every day I count my blessings and think about my high school students often outside of school. Not many of them have it easy, or good.

I haven't been training for anything and can't remember the last race/event I did. Sad. Workouts have been few and far between, but I THINK I am getting back into the swing of things. Like I said, I am not training, but just enjoying workouts here and there, changing things up and bit and trying to try different things.

I will leave you with one of my favorite wedding photos. We haven't gotten all of them back from our photographers, but I do have a handful and this one reminds me of how happy I was that day! 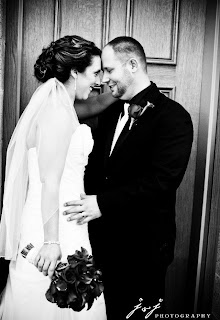 Is anyone still out there? I know it's been quite a long time, but I am thinking about getting back into blogging... 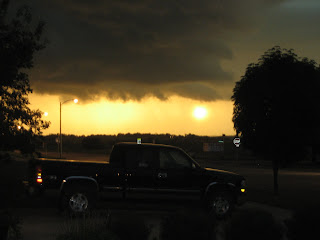 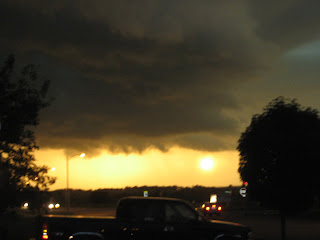 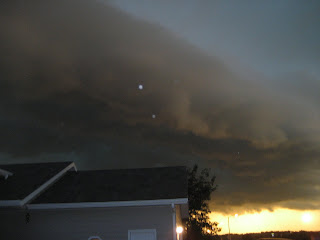 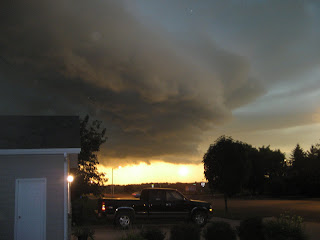 My fiance, J, and I spent the weekend in the cities with my sister and BIL. Saturday afternoon, we did a little bit of shopping and Steph and I found shoes for me for my wedding! I was so excited when I found something that fit, that I liked, and were comfortable for only $34! So pumped! 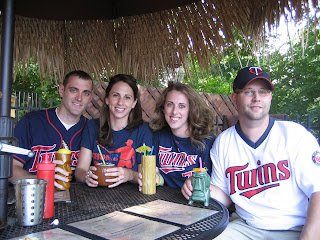 That afternoon, before heading to the Twins game, we hit up a restaurant that was new to all of us... Psycho Suzi's! If you are ever in the cities and looking for something to try I highly recommend it! They have some crazy drinks and awesome pizza! J and I decided to "create our own" and had chicken and BBQ sauce on ours. It was delish! Afterwards we headed to the Twins game and watched them lose. Booh.
Yesterday all four of us participated in the Twins Territory 4K Run. My sister and BIL participated last year with my parents and enjoyed it, and I was sad I missed it,  so J and I decided it would be fun to do this with them this year. 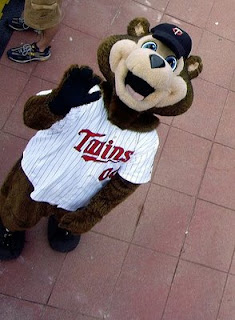 Prior to the start of the 4K, my tummy was not happy with me. In fact, it had been bothering me for almost a day and I think a lot of it had to do with the icky food I ate in the past week. Steph and I made one last pit stop at the porta-potties before the race start, choosing the slowest line ever. It was so gross and I couldn't believe there was NO hand sanitizer in my stall what-so-ever. To top it off, when I was exiting the potty, TC was standing outside my stall, pointing to his imaginary watch on his wrist and shaking his head. Everyone started laughing and I was totally embarassed!
A few minutes after that we were at the starting line, ready to go. This was to be J's first race ever and I was super pumped to be running with him! The race started at 7am, and as we all complained about getting up so early, it was a nice, calm and cool morning, with a beautiful sunrise.
The course was laid out, starting just behind the metrodome (home of the Vikings), and finished at the new Twins outdoor stadium. There were markers for each kilometer that we ran, first base, 2nd, base, 3rd base, and home plate across the finish line. I missed the first base, so I didn't even notice until the 2nd base showed up. By this point, I had been running most of the first half of the 4K run, but my right knee started bothering me. I was so frustrated and spent most of the 2nd half of the 4K walking/running. booh. The outside of my right knee was feeling icking, like my ITBand was tight. I was frustrated, but finished strong across that finish line. It seems like I never know when my knees are going to act up. 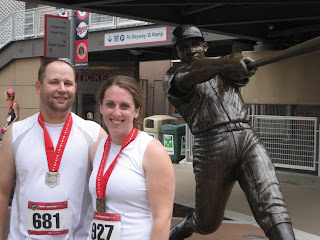 At the finish line, we grabbed our metals, water, fruit, and snickers protein bars! I had never tried them before, and I really enjoyed it! We took some photos and walked the long walk back to the car!
I am looking at some other races or events in the near to distant future, but fear I won't have much time to train with wedding planning. There's a 5K in September that I might check into.... we'll see!!
Posted by teacherwoman at 3:00 PM 8 comments: